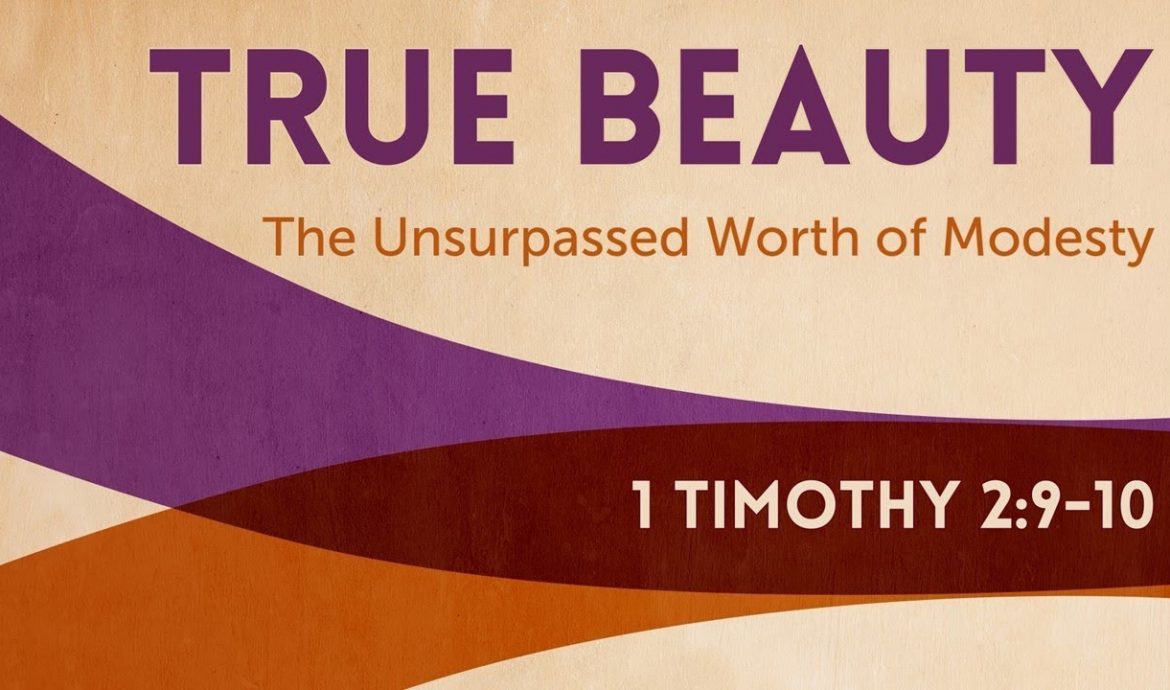 Modesty: What It Is and Why It Matters

A fine young Christian sister contacted me to ask for thoughts, comments, and conclusions about modesty. How commendable! Let’s define some terms first, then note a few principles, and finally ask some practical questions that will help us make godly decisions in this area. Modesty is a trait that godly men – not just godly women – must pursue. We are all called to be humble and self-controlled, to avoid seeking undue attention, and to reject an overemphasis on externals. Every Christian must dress appropriately, being mindful to avoid temptation. This post addresses modesty mainly for females, because this was the the young lady asked this question: “What do we teach our girls about modesty?”

We begin with 1 Tim 2:9-10 (NASB95): Likewise, I want women to adorn themselves with proper clothing, modestly and discreetly, not with braided hair and gold or pearls or costly garments, but rather by means of good works, as is proper for women making a claim to godliness.

Here’s a phrase-for-phrase rendition from the NLT that captures the idea of this text: 1 Tim 2:9 And I want women to be modest in their appearance. They should wear decent and appropriate clothing and not draw attention to themselves by the way they fix their hair or by wearing gold or pearls or expensive clothes. 10 For women who claim to be devoted to God should make themselves attractive by the good things they do.

The English word modesty was first used in the 1530s to mean “freedom from exaggeration, self-control.” The term was taken from the Middle French modestie or directly from the Latin modestia, meaning “moderation, sense of honor, correctness of conduct,” from modestus, “moderate, keeping measure, sober, gentle, temperate,” from modus, meaning “measure, manner.” The meaning “quality of having a moderate opinion of oneself” is from the 1550s; that of “womanly propriety” is from the 1560s.

“Modesty” in 1 Tim 2:9 renders the Greek word αἰδώς (aidṓs). This was an old term, rare in Hellenism, revived by Stoicism. It denoted reverence, e.g., for God, divine things, rulers, and parents, as well as respect for laws of hospitality, marriage and family, the state and its laws. Applied inwardly, it could then suggest a “sense of shame” but also a “sense of honor” in contrast to shamelessness or insolence. The only sure instance in the NT is “modest demeanor” in 1 Tim. 2:9. – Theological Dictionary of the New Testament, Abridged in One Volume

Here are some principles that I have accepted and want to emphasize.

As noted above, let me say it again. Modesty is a trait that godly men – not just godly women – must pursue. We are all called to be humble and self-controlled, to avoid seeking undue attention, and to reject an overemphasis on externals. This post addresses modesty mainly for females because this was the question that was raised. “What do we teach our girls about modesty?”

Modesty in 1 Tim 2:9 is especially used to describe the clothing and outward appearance of Christian women. The primary reason given is not the effect that women’s immodesty may have on men, though that is very real. It is not the loss of reputation that may result from immodesty, though that happens as well. The primary reason given is that Christian women are modest in appearance because they are godly and holy. This motivation must be so strong that it will enable our sisters to resist the world’s pressure to be less than modest.

Modesty does not refer only to one’s outward appearance, but to one’s attitude, speech, and behavior. That is, modest clothing reflects a modest person. One who is humble, godly, and unselfish in heart will speak, act, and dress modestly as a result. Before asking, “What shall I wear?” I want to ask, “What kind of person am I?”

Modesty is coupled with “self-control” in 1 Tim 2:9. That word describes one who is taming their pride and their tongue, who is not extravagant or narcissistic, who limits what they say, what they do, and what they wear.

Here is a complementary passage on this subject, though the specific word “modesty” does not appear here:

1 Pet 3:1 In the same way, you wives, be submissive to your own husbands so that even if any of them are disobedient to the word, they may be won without a word by the behavior of their wives, 2 as they observe your chaste and respectful behavior. 3 Your adornment must not be merely external—braiding the hair, and wearing gold jewelry, or putting on dresses; 4 but let it be the hidden person of the heart, with the imperishable quality of a gentle and quiet spirit, which is precious in the sight of God. 5 For in this way in former times the holy women also, who hoped in God, used to adorn themselves, being submissive to their own husbands …

When making moral decisions it often helps to start with the underlying questions. The first question is not, “Why can’t I wear _____?” We can only answer that question after we have asked the more basic ones. Once we define the primary questions we are really asking, we’ll be much more able to answer the others effectively.

Also, the first question is not, “How can I get ____ to notice me?” “How can I fit in with all the other girls?” “How can I show that I’m ‘with it’ by wearing the latest styles?” “How far can I go – how short or how low can my clothes be – without going too far or violating a dress code?” “How can I convince my parents that I’m not over-exposing myself?” “How can I change or alter my clothes after I leave the house to catch guys’ eyes?” These are dangerous questions!

Does God care what I wear?

Am I wholeheartedly committed to holiness and godliness, as a genuine disciple of Jesus Christ?

Am I secure in God’s love for me, so that I do not primarily need the approval of others to establish my worth?

Do I consider myself to be modest (humble, self-controlled, sober-minded) in my thoughts, speech, and behavior?

Do others consider me to be modest (humble, self-controlled, sober-minded) in my thoughts, speech, and behavior?

There are two outfits I could wear. Will I choose the one that best reflects my faith and submission to the Lord?

Am I sufficiently aware of sin, temptation, and Satan’s attempts to destroy me and those who see me? Can I describe how these factors relate to the clothes I wear?

I am thinking about wearing ______. Would other godly, Christian girls wear it?

Am I resisting the desire for popularity and the attention of worldly-minded boys by the way I dress and behave?

If another girl were to wear ____, would I consider her to be modest and godly?

If another girl were to wear ____, would it bother my brother or my father?

Am I willing to wear what is more modest, to avoid any issues?

Do I dress in a way that tells “loose” boys, “I am not interested in drawing your attention to me?”

Do I dress in a way that tells godly boys, “I am a child of God who will maintain high standards and not cheapen myself?”

Am I more concerned about my influence and my example than “wowing” people with my appearance and drawing male attention?

Let’s close with a powerful admonition from the Word of God. As we take it to heart, and put it into practice, we will have no trouble being modest in thought, speech, behavior, and dress.

Eph 4:17 So this I say, and affirm together with the Lord, that you walk no longer just as the Gentiles also walk, in the futility of their mind, 18 being darkened in their understanding, excluded from the life of God because of the ignorance that is in them, because of the hardness of their heart; 19 and they, having become callous, have given themselves over to sensuality for the practice of every kind of impurity with greediness. 20 But you did not learn Christ in this way, 21 if indeed you have heard Him and have been taught in Him, just as truth is in Jesus, 22 that, in reference to your former manner of life, you lay aside the old self, which is being corrupted in accordance with the lusts of deceit, 23 and that you be renewed in the spirit of your mind, 24 and put on the new self, which in the likeness of God has been created in righteousness and holiness of the truth.